Riskdata has developed its own VaR calculation based on the Monte Carlo methodology to avoid over or under estimating risk across market crisis: the HuLK VaR.

The HuLK VaR is a much more responsive estimate that reacts rapidly to changing market regimes and anticipates increases and decreases in the Traditional VaR by using micro-signals that can be revealed sometimes in pre or post shock periods.

Have a taste of our HuLK VaR below since we daily publish our results for the main financial indexes across different asset classes. 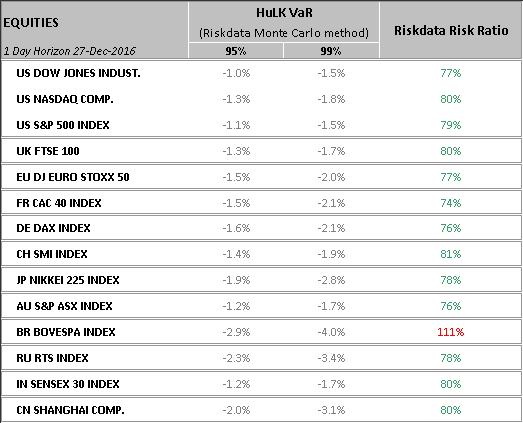 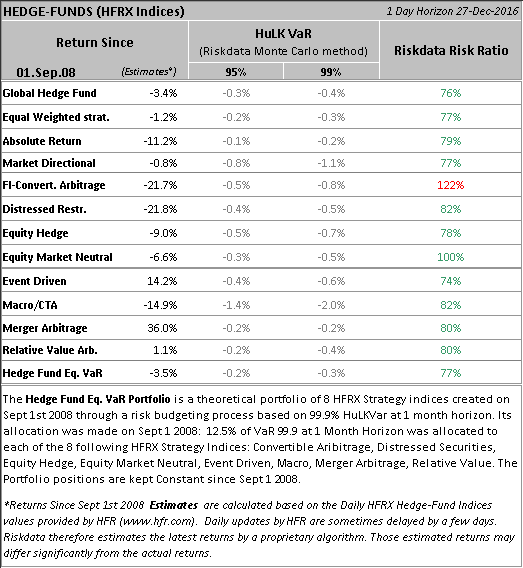 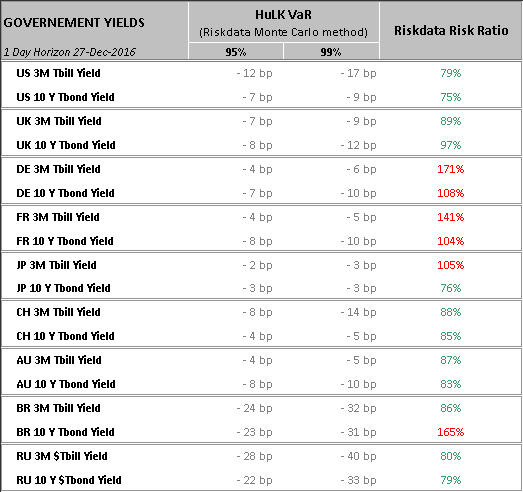 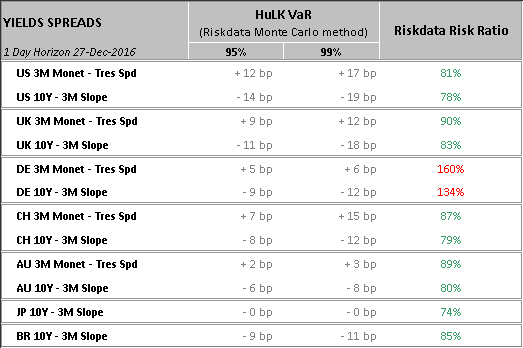 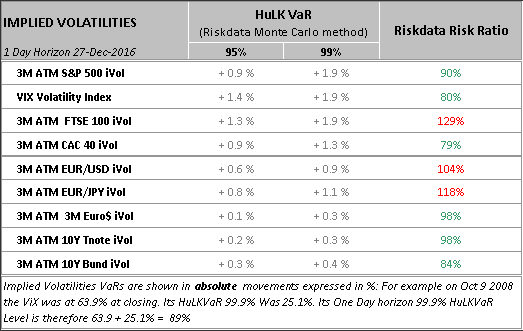 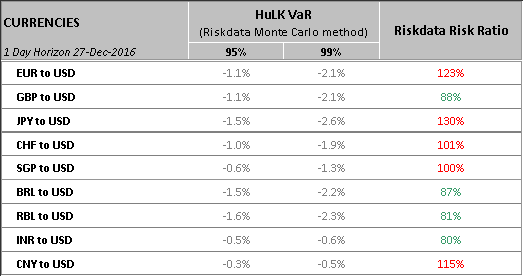 Copyright © 2015 Riskdata SA. Above VaR information is provided for informational purposes only, and is not intended for trading purposes or advice.