Hervé Vinciguerra founded Sophis in 1985 and served as its Chief Executive until 2007. Having previously developed a database for convertible bonds, in 1992 Hervé Vinciguerra launched RISQUE, a portfolio and risk management software solution for investment banks. In 2001, building upon RISQUE, he launched the VALUE solution, designed for asset managers. In addition, Hervé Vinciguerra oversaw the expansion of Sophis into an international company, opening offices in Europe, the Middle East, Asia and the United States. In 2007, when it was acquired by Advent International, Sophis employed over 270 staff in nine major financial centres. In 2014, he acquires a majority shareholding in Riskdata and becomes its Chairman.
Hervé is also a bridge champion, having participated in numerous European and World championships. 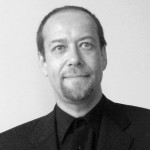